We lack power to audit NNPC, CBN, others AuGF

Court sentences undergraduate, others to death for robbery, conspiracy

Why we decided to regulate crypto assets, others SEC

US federal debt to climb beyond GDP in 2021, government estimates

Impeachment prosecutors to wrap up case against Trump

Reps move to recover FG’s monies, others in privatised enterprises

Makinde expresses readiness to convert LAUTECH to a conventional university

Police vow to prevent another #EndSARS protest in Lagos

Mad cows and even madder narratives by Wole Soyinka

How to prevent the nation’s disintegration

Beyond the politics of COVID-19 vaccines

Final Year Student, 5 Others Sentenced To Death For Robbery

We’re Making Our Platforms Safer For Journalists In Nigeria ‘ Facebook

PMB, NPAN, Others Mourn As Ex-Lagos Gov, Jakande, Dies At 91

I Will Continue To Provide Support For Vulnerable In Lagos, Says Sanwo-Olu

No explosion at PDP secretariat in Rivers ‘ Police

NAHCON board intimates FCT minister of its activities

Jakande an exemplary icon of discipline in government ‘ CUPP

Jakande’s life is all about service, served Lagos without greed, covetousness ‘ Afenifere

Herdsmen killings: Buhari is not in charge Soyinka

2 weeks after Buhari appointed the Service Chiefs, the Timbuktu triangle has been captured by the Nigerian Army

Tony Momoh laid to rest at Grail Land in Lagos

NGO empowers over 600 girls in Ibadan through mentorship

FG reacts to ambassador-designate, Ochenis alleged involvement in corruption, others

At the mercy of terrorists, bandits and violent herders (II)

On Ganduje’s dangerous proposition, a recipe for disintergration — A rejoinder

LGBTQI: Group berates US President Biden over belligerent attitude towards Nigeria, other nations

Soyinka: Police lied that herdsmen didn’t trespass on my land

Wanted: An African state that protects, not bullies innovation

Africa’s recovery from covid-19 will be slow

Fulani herdsmen will kill our leaders if they know the truth

Time to rebuild the economy and prioritise public spending

Buhari Must Double His Efforts In Anti-Corruption War ‘ Salvador

NDLEA seizes cocaine worth over N32bn in Lagos

Senate to Buhari: Declare state of emergency on insecurity 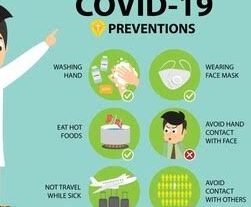 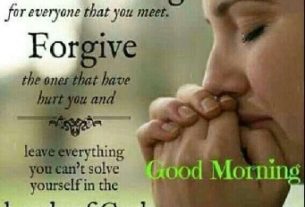