Police Will Be Professional, Neutral In Conduct Of Kogi, Bayelsa Polls ‘ IGP

End Of The Road For Atiku’s Ambition

NDDC And Politics Of Akwagaga’s Removal

How A Southern Presidential Candidate Can Emerge In 2023 ‘ Elebute

Impediments On the Road To Cashless Nigeria

Im in Biafra struggle for my children, grandchildren 75-year-old agitator

Dad often made breakfast when he visited me abroad Toolz, the late Onirus daughter

I had special cane for my kids before changing strategy Egbesola, ASBON Natl President

Id have loved to be TV presenter Justice Ayotunde Phillips

We have over 40,000 dormant registered companies CAC Registrar

Tinubu: Putting EFCC on the Spot

Can Atiku Run for Presidency at 76

BODE GEORGE It is Sacrilegious to Compare Bola Tinubu to Obafemi…

Prognoses of a Possible Disintegrated Nigeria by War: The Foreign Policy…

It’s fundamental the court investigates what happened at Nnamdi Kanu’s house on September 14, 2017 ‘ Ejiofor, His Lawyer

5 Different Types of Toxic People: Which Are You

Police will be professional, neutral in conduct of Kogi/Bayelsa elections – IGP

Just in: Suspected thugs attack Oba of Lagos, Obaseki, others

Femi Fani-Kayode to Southwest: We are sons and daughters of Oduduwa, not Yoruba

Why Governor Makinde made me his loudspeaker ‘Commissioner

Thugs attack Oba of Lagos, Obaseki, others in Oshiomhole’s hometown

How Tambuwal got bandits terrorising Sokoto to lay down arms ‘Dingyadi

El-Rufai to pay salary arrears of 8,500 teachers in Kaduna

Change of constitution will help Nigeria to work

2020 budget: Intrigues in NASS over deadline

Shaibu: I had nothing to do with attack on Obaseki, others

Anambra youths vow to resist politicians use and dump syndrome

Crisis: APC may lose power in 2023 If, says Okorocha

It is not acceptable to use torture to harm, change human NASFAT

Kano govt to intensify efforts on security across 44 local councils

Emir of Daura commends Osinbajo for loyalty, honesty to Buhari

Leadership, not aid will lift Africa out of poverty

CBN has not taken over National Theatre ‘Board

Breaking: ‘Thugs’ descend on Obaseki, Oba of Lagos, others inside Oshiomhole’s residence

Emplug distances self from ‘misleading’ publications in Nigerian newspapers 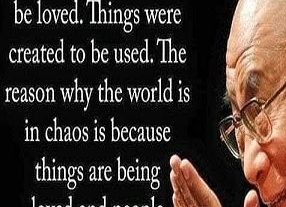 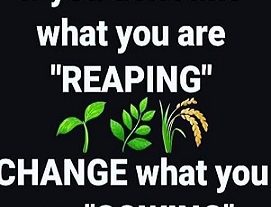