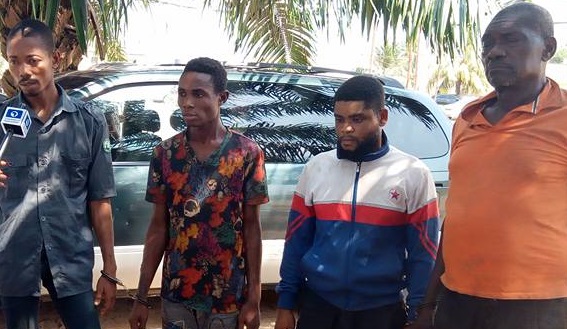 Some of the #YahooPlus boys arrested by the Delta state police command have confessed for being responsible for the murder of Elozino Joshualia Ogege  a First Class 300 Level undergraduate of Delta State University, Abraka.

The latest pathetic confessional statements of the 4-man Yahoo Plus gang, were made today, at the Delta State Police Command, where the Commissioner of Police permitted the PPRO, DSP Andrew Aniamaka to parade the suspects before the Channels TV correspondent for recording. The Vice Chairman of NUJ Delta State, was equally present to listen to the revelations of the murderous Yahoo Ritualists.

First to reveal how they killed the young #Elozino Joshualia Ogege was the security guard, Onos who had offered to assist the victim secure an accommodation.

According to him, “I was contacted by Desmond and another to provide a female student for Yahoo rituals. We had planned it, and when Elozino approached me that she was looking for accommodation, I saw it as a good opportunity.

I contacted Desmond who told me to tell her to come back the next day. So the next day, they brought a Corolla car; and when Elozino came, they used something on her face which made her unconscious.

We took her to a bush where we first plucked out one of her eyes while she was still alive. She was even crying and begging us to forgive her and let her go, but we plucked the other eye, removed her breast and heart before she died”.

Implicating his supervisor, Onos posited that he was posted into the school by his supervisor for the purposes of carrying out such missions when contacted.

But the Supervisor with a security company attached to the University, Uche Nwaosisi who said he is from Asaba, denied knowledge of the crime, stating that he was among those that chased and caught Onos when the police came after him in the school.

” When all these were happening, Onos threatened to implicate me for assisting the police to catch him. When the police caught him, they discovered two phones with him, which he claimed I sold one to him. That was my involvement “, the supervisor claimed.

However, one of the Yahoo Plus conspirators, Desmond who appeared remorseful, affirmed that the Elozino’s murder made it the fifth lives he had taken for ritual purposes. He said the first four female victims were adopted at Oghara and killed for the rituals, adding that Elozino’s murder was his first from the University community in Abraka.

According to him, ” Each time we killed, we removed the vital organs like the eyes, the heart and the breast of the victims, normally females, and take to the Baba (herbalist), who usually would ask us to come back.

Baba used to burn the heart and pound it to make powder substance out of it. It is the powder that he gives us, which we apply before speaking to our victims to make money from them. Any big woman we approach obliges us and provides money for us”, Desmond revealed.

For the herbalist who appeared hardened and unrepentant, identified as Robinson, he kept calling on God as a witness that he was speaking the truth. He said Elozino’s heart and eye happened to be the first he received from the Yahoo Plus customers.

He said he first met the boys seven years ago when they brought an accident victim for him to cure, maintaining that he specializes in treating bone fractures, making women pregnant, preparing love portions for people, curing appendicitis and others.

He said when they came with Elozino’s body parts, they gave him N10,000, promising to give him more money later, and asked him to make them rich.

The Baba (herbalist), posited that they later brought N130,000 more to him and that was when he discovered they had mighty buildings. He said he only prayed for them to succeed in what they do.

He however, could not state categorically what he used those body parts for, whether he used to burn them or pound them in the mortal that was brought as evidence to the Police Headquarters.

The second Yahoo Plus member was alleged to have slumped and died when the police was close to catching him. The minor female relative who was used to make a call relating to their illicit operation was arrested and still with the police.

Addressing the journalists, the Police Public Relations Officer, DSP Andrew Aniamaka maintained that, now that all the killers of Elozino had been caught except the one that slumped and died, the police would now arraign them in court to face the consequences of their action.

He stressed that nobody should blame hardship to take up arms against fellow humans, adding that in most sane climes, hardships even bond people together.

The Command’s Spokesperson posited that it is an issue of value orientation; thereby calling on families, churches and other faith based organizations to rise up against this menace of ritual killings plaguing our society.

Aniamaka reassured the public that the Command was ready to face headlong any security challenge ahead of the Christmas season.

He said the operations order for the Ember months had since been dropped, arguing that all the police crack teams like the Dragons, Eagle Net, Squadrons, Safer Highways, SARS and others had been on red alert to effectively curtail crimes and criminality within this period. 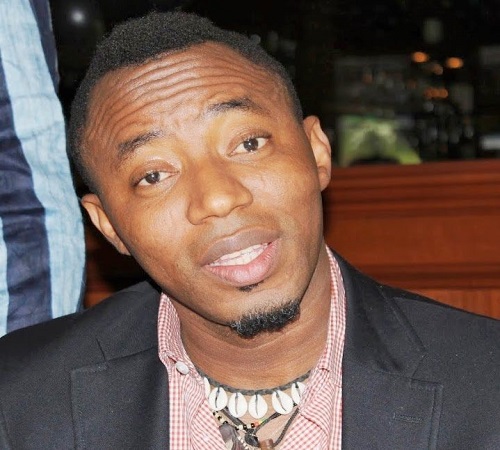 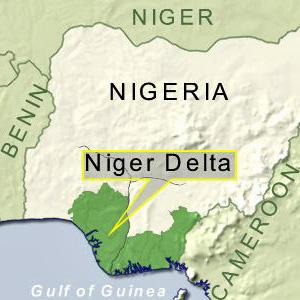 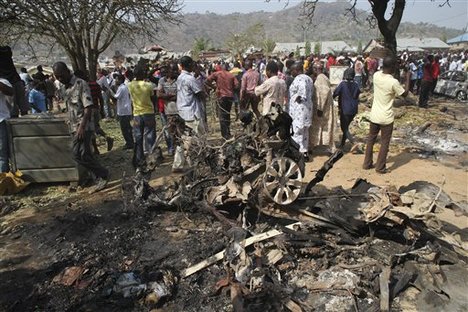