“…and death fades into the streams, the lands, into the blood of men, women and children; slowly snuffing them out and taking them to that other place…” These lines depict the current situation of Okpare-Olomu people, a community in Ughelli South council area of Delta state, who seem to have been left to a helpless fate, to die in the midst of their ‘black gold’, a common wealth.

Apart from the ordeal of gas flaring they have had to live with for decades, came an oil spill into the Olomu River, their major source of livelihood, located just few miles from its main town, in March last year.

The spill which is yet to be cleaned up has left near indelible impacts on the community’s habitat, aquatic life, agricultural soil and the people’s health; which hosts an estimated 4,500 populace.

Health experts have reported ailments associated to oil spill and gas flare pollutions to include skin and eye irritation, chest pain, cough, dizziness, headaches, vomiting and respiratory problems such as asthma, chronic bronchitis. Another is leukemia and other blood related diseases caused by Benzene, a volatile organic compound that is emitted during gas flaring. Sadly, Nigerians, especially those in the oil-rich Niger Delta region, are forced to live with these hazards, which experts say if not taken care of, may lead to ecocide in an affected environment.

Investigations carried out in hospitals around the community reveal that health deficiencies of people in the area are not out of place, perhaps due to lack of in-depth analysis of health problems.

When the Okpare Primary Health Centre was visited, the matron, Mrs. Benedicta Aroboinosen said only primary health issues were treated at the centre, while secondary cases were referred to the council’s General Hospital, Otu-Jeremi. Declining to make official comments, a doctor at the General Hospital, Stella Powe (not real names), disclosed that since her stay in the hospital, she had not handled any patient with illness related to either oil spill or gas flare pollutions.

An Ophthalmologist at Lily Hospital Limited, Warri, name withheld, however noted that possible cases from the said pollutions may not have been investigated, hence the difficulty in giving factual and specific statistics on related ailments and gender or age susceptibility.

According to residents of the area, relevant authorities, including the operating company, Nigeria Petroleum Development Company (NPDC), were immediately alerted to the incident which had occurred in a nearby community.

However, the company, after carrying out tests to ascertain the cause of the spill which it detected was as a result of equipment failure, embarked on a recovery process to scoop what it could from the river, donate relief  materials to the affected communities in May last year, but may have ditched the remaining process as up till date, has not returned to do final clean up of the river.

“This spill spread across four communities, Otedo where it started from, Iwhrekan, Edjofhe and Okpare-Olomu. We called NPDC to come to our aid. They came, did test to know if it was caused by a third party, then a second test showed the pipes are overdue for replacement. They came to the river and dropped their boom. It was placed under the bridge for them to do recovery to stop it from spreading to other communities.
“After recovery of some spilled oil, we expected them to come back. They came in May to give the communities involved relief materials. Since then, there has been negotiation between the communities and NPDC to come and clean up the river,” said Okpare-Olomu community youth leader, Comrade Onoriode Clifford.
Asked if the state government’s attention has been drawn to the issue, he said “It has been a very serious case, they (government and NPDC) have been discussing. NPDC has promised and will not come. We have resolved to follow it up with dialogue, otherwise, we would have stopped the Otorogu Gas Plant operations. I don’t know if NPDC is dealing with a separate body aside the affected communities.”
He also lamented that the river which used to be a source of livelihood to many families, as well as serve other household purposes, has, because of the oil spill, worsened the economic life of the people.
“Before now, we fetch the water for drinking purpose, to bathe, to wash and most of our men fish here, but all that has become impossible. There are no fishes in the river right now. Perhaps, they were waiting for the rains to come and wash off the spill. The rains have come but the spill is still there and the fishes are still away,” he added. 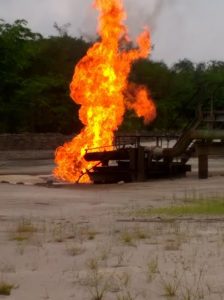 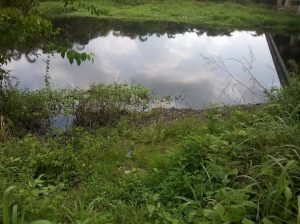 When contacted for a reaction on the development, the Ughelli South council authorities declined knowledge of the matter. But an official who would not disclose his identity, explained that communities who are host to these oil firms have direct dealings with the companies, adding that unless an affected community seeks the help of the council, it cannot do anything on such matters.
The management of the NPDC could not give reasons for the delay of the cleanup process, as text messages put across to Mr. Ugo Atugboko, its External Relations Officer’s mobile phone were not replied.
At a recent forum, the 10th International Conference and Exhibition of the Nigerian Gas Association (NGA), held in Abuja, the federal government again, indicated its concern towards protecting the Nigerian environment, especially as it relates to gas flaring.
The Minister of State for Petroleum Resources, Dr. Ibe Kachikwu, who was at the event, disclosed government’s plan to increase the penalty for gas flaring in 2017 through a national draft policy, as well as, its intention to put a final stop to the practice by 2020.
Kachikwu said, “Government is determined to ensure flare-out within the earliest possible time. I know the oil companies have made substantial progress on this, but we are going to be seeking very aggressively for more.
“We are seeking to exit gas flaring by 2020. To achieve this, a number of measures would be introduced: We will be seeking the commercialisation of flared gas for supply to the domestic market. We will be increasing the gas flaring penalty to an appropriate level sufficient to disincentive the process of gas flaring.”
The community, however, appealed to the federal and state governments to intervene and save them from the looming doom.
A victim, who would not disclose his name decried his economic situation due to the oil spill, stating thus, “I usually fish at the Olomu river to sell on market days especially. But since this thing happened, all the fishers are gone and the income I make from that place to support my family has stopped coming in. Things are so tough now. Government should please intervene so that we can get our means of survival back.”
A woman, identified simply as Mama Tekevwe said her small farm near the river has been withered because of toxic effects from the spill.
“I have a small vegetable farm close to the river, but as I speak to you, I cannot recognize the land. All my okra, pumpkin, waterleaf plants, even weeds that grow around the water are dried up. They have this unhealthy colouring. If I should try to plant there, I might be growing a poisonous vegetable,” she said. 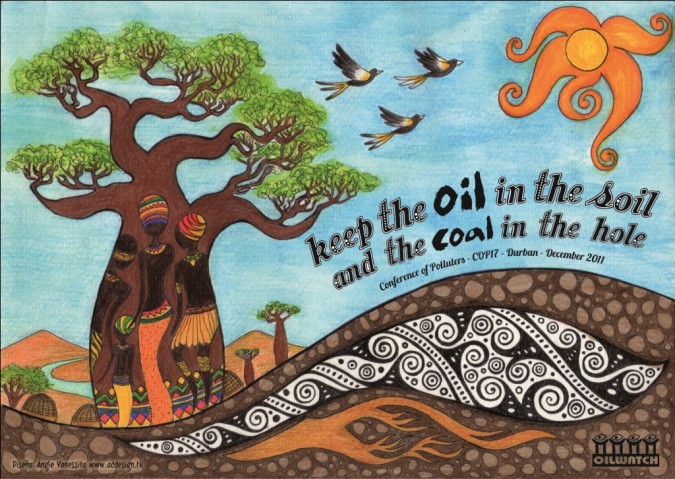