Other former PDP stalwarts who defected with their teeming supporters to the APC at a rally held in Benin City, include Chief Sunny Erhengbo, Dr. Friday Omokaro, former PDP House of Representatives aspirant for Ikpoba Okha/Egor Federal Constituency, Dr. John Ogbomo and Mr. Lucky Akalede, among others.

Mr. Ikhuebor, popularly known as “Ceiling fan,” who until his defection, was head of security of the Goodluck to Goodluck Campaign Organisation in Edo State, described the APC as the only party in Nigeria practicing what obtains in advanced countries.

He said: “The Peoples Democratic Party is a party of liars. There is no truth in them. We will join forces with you sir, to deliver Edo State for APC in the Presidential elections and all the other elections.”

While apologising to the governor for his ignoble role in the Edo State House of Assembly saga of 2014 and the activities within the court premises during the election tribunal sittings in Benin City in 2012, Ikhuebor said, “I now know the truth and I have decided to come back home, join the APC and play genuine politics.”

He pledged on behalf of his supporters, their unalloyed loyalty to the governor and the APC hierarchy in the state.

On his part, Dr. Omokaro extolled the leadership qualities of Adams Oshiomhole and his developmental strides in the state.

He said:  “PDP can no longer lead the country as the party has crumbled the socio-economy of the nation. You need to know the number of accounts that most of the party leaders in PDP are operating in various parts of the country and beyond. I am a professional; we will expose them very soon. All we need now is to join the comrade governor and effect the desired change in all parts of the country.”

Addressing the rally, Governor Oshiomhole expressed gratitude to all those who had come to join the moving train.

He said: “With the re-injection of these men of timber and calibre, there is no question that APC is now waxing stronger. Let me assure you that Edo State Government will continue to work for the people of this great state even if the cost of crude oil in the world market becomes 1 dollar because as the saying goes, if there is a will, there is a way.

“Today, Federal Government cannot pay salaries but Edo State Government is paying salaries because how you manage your home is a question of the heart. So that is why Edo is growing and we will continue to make progress.” 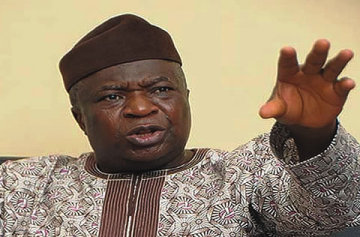 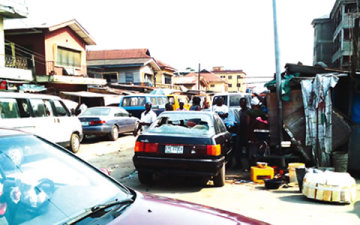