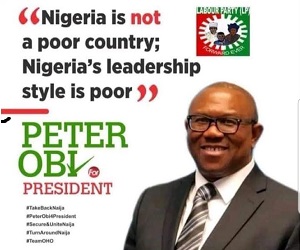 The recent sham and blatant display of sour taste primaries exhibited by the two major political parties, after solid twenty three years of running the affairs of this Nation – Nigeria ; can be likened to the Biblical counsel of Ahithophel.

The nation and her citizens are already under a groaning scourge of ineptitude in all aspects of governance. Yet these goons of politicians tagged elderly, leaders and representatives albeit delegates gathered to display their visions of what would happen to the Nation come 2023-2027.

It all started with the enormous amount spent to get the outrageous nomination forms. This proceeded to the nomination process where objectively, integrity, vision, goals and values took NO sit at the conventions.

Ahithophel soon realized that Hushai had outwitted him, foresaw the disastrous defeat of Absalom’s forces and took his own life.”

The gangs and goons of these two parties with delegates have been around since 1999. They have held leadership positions of various kinds either at the party levels, government positions,or in between the parties these past twenty three years.Their impact is nothing to write home about. What we have  had is insecurity, poverty, capital flight,steady and deliberate decline of the currency and no faith in the currency, no evident and concrete plan, fear, declining infrastructure, prolonged closure of tertiary education, and a complete rise of social ills and distrust.

When you ask any Nigerian what is the impact of the recent party conventions, the answer you get is disappointment,  hopelessness and apprehensive view  into a bleak future. Because Nature abhors vacuum and so it has given hope to the people. This hope is manifesting in a younger man who already had vision, the pedigree and a clean record to run on and  to lead the nation.
The exit of a fine gentleman called Peter OBI from PDP gave rise to this new found hope and Movement that has enveloped National discourse and the Cyberspace.
This movement is on the verge of giving our Nation a rebirth with vision and goals.
A rebirth from wastage and corruption; as well as   hope and faith to the people in the face of despair.

The process that gave rise to this movement was so blameless of corruption; that even the factional leadership conceded to better judgment above self. To my mind and in the glaring circumstances prevailing in the one and the same APC and PDP, I visualize what transpired when Prophet Samuel of the Holy Bible  went to the house of Jesse to anoint David.  David who was a small boy was not at home for the anointing rather he was tending the sheep in the bush. His elder brothers were presented to Prophet Samuel for anointing as the next King of Israel but his spirit did not lead him to pick any of them. Rather inquiry was made if there is any other son available and they had to get David and immediately Prophet Samuel saw David, the spirit let him to anoint David as king of Israel.
Peter OBI’s emergency has defied structures, rather it is a movement for the reawaken of the Nigerian people to their responsibility of civic duties, participation and accountability.  It is not Peter Obi but the people speaking through a Peter Obi on behalf of the deprived people of Nigeria.
Ask yourself the following questions; Is Peter Obi from the caliphate? Is Peter Obi associated with any scandal of any kind -drugs, crude oil, marital, Nigerian assets, gangsterism, rumors of foreign government investigation? Did Peter Obi build his wealth from the use of state government or federal government resources?Has EFCC ever harassed him since he left the sit of power in Awka? Has anyone been able to refute his story in the cyberspace?  What vision or goal is PDP and APC that have circulated themselves these past twenty three years given to you? Don’t you smell desperation, do or die, ineptitude, and above all more of the same strategy of downward spiral? You may add your own questions.

This brings me to my opinion that something stronger than self is on the horizon. That invisible force cannot be ignored. It is a positive force for progress and prosperity. With the simple but weighty vision of Peter OBI  saying that we should move from consumption to production: how else are you going to compare that with PDP or APC that have consistently left a sour taste of poverty, insecurity,stealing to improve themselves, driving away companies from the land, leaving us with failed infrastructure, and dangling their stolen wealth in our faces by building palaces that are awaiting ruin, converting Nigerian police men to their private security men, and forgetting to build upon what they met.

When Jesus said “And I tell you that you are Peter, and on this rock I will build my church, and the gates of Hades will not overcome it.”
We can relate to Jesus’ message at this crucial moment of our Political history and I would say let  Nigeria build on another rock of this generation. Let us not look too far, our own Peter OBI is here to lead. This opportunity and talent is rare to come by. The courage and vision that OBI had to stand alone and not succumb to being a Vice presidential candidate to Atiku again should be applauded and supported. A Peter has been made available to us. Let us embrace and support Peter OBI to make our nation the envy and model for the world to follow. I greet You. 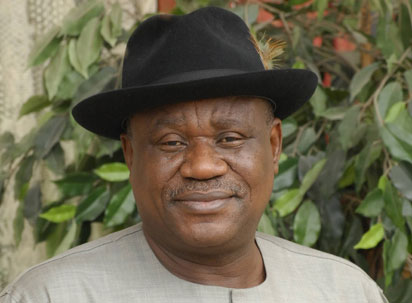