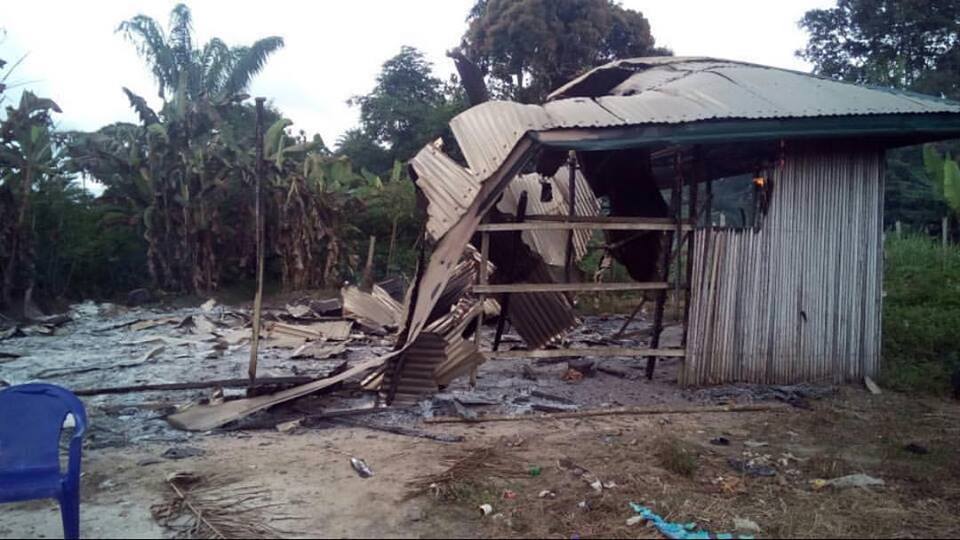 The National presidents, Niger Delta Security Watch Organization(NDSWON) and Ijaw People’s development Initiative(IPDI) Mr. Bekederemo Dickson and Comrade Ozobo Austin respectively have condemned the invasion of Ajakurama community by the Nigeria Army. Below is a statement issued today(17/10/17)
“Our attention has been drawn to the unlawful and callous military invasion of law-abiding  AJAKURAMA community in Ovia southwest Local Government area, Edo state in which houses were burnt and law abiding citizens were brutalized.
It is our believe that the Nigerian military headed by a Northerner ought to be more concerned with the troubled Northern region that is been ravaged by Boko haram despite the boastful assurance of curbing boko haram within three month  of assumption of office by Mr President.
It is obvious that the Nigerian army  has cowardly ran away from the battle field with Boko haram and has taken refuge in the Niger- Delta under the pretense of Operation Python dance. It is very unfortunate that the military has abandoned its constitutional duty of securing the Nigeria territory and has reduced itself to a status of arsonists and terrorists.
We condemned the invasion in it entirety and the burning of Over 15houses in the community, sporadic shooting and brutality of women , children and other aged persons in Ajakurama town. AJAKURAMA, ( which is ljaw community) is not at war with President Mohammad Buhari led administration to warrant  barbaric military invasion.
Invading Ijaw community with primordial sentiments and hatred  can never the panacea for peace in Niger delta.
It will rather creates more tensions and provocations. Innocence persons were b made homeless as life savings and properties of such victims were totally destroyed.
We conceived this unprovoked attacks on ljaws towns and communities in the Niger- Delta by Buhari led administration as a calculated attempt to intimidate the inhabitants of the region to abandon their quest for resource control and a complete over hauling of this defective federal structure that favour the parasitic North.
Common sense will not permit any  responsible government that belongs to everybody to begins to kill and invade his own people unlawfully.AJAKURAMA is not a militant den but a peaceful ljaw community in Edo State.
We view the incessant invasion and destruction of properties of Ijaw towns and communities under any guise as a deliberate policy of Buhari led administration to execute  the mindless brutally of his kinsmen( Fulani herdsmen)  to take over other peoples land.  The international community and amnesty international should prevail on Nigeria government to stop these incessant daily military invasions in Ijaw communities.
Jointly signed by
Bekederemo Dickson,  Esq.
National president Niger Delta security Watch Organization, NDSWON.
And
Comrade Ozobo Austin
National executive president of Ijaw People’s development Initiative, IPDI. 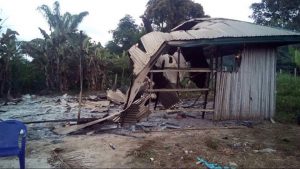 MY HANDOVER NOTE: A “MAZE OF WORDS AND FIGURES THAT LEFT MANY QUESTIONS UNANSWERED – NEW AMNESTY BOSS 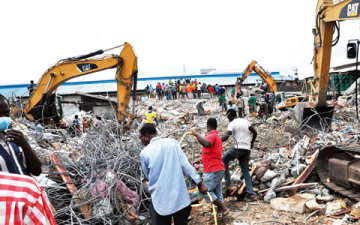 Synagogue: Woman walks out from rubble after four days