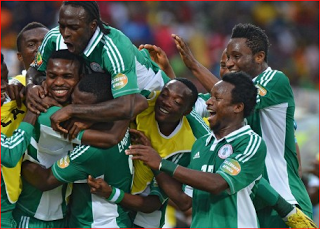 It is full time. Nigeria won Cameroon by 4-0

Kelechi Iheanacho scored the fourth goal in the 76th minute of the the World Cup qualifying match being played in Uyo.

Victor Moses scored the third goal for the Super Eagles. He scored in the 55th minute.

The Super Eagles started the second half with a 2-0 lead against Cameroon.

The first half of the match ended with Nigeria leading by 2-0.

Ighalo scored the first goal at the 29th minute as he  hit the back of the net from a 18 yard short that beat the Cameroonian goal keeper.

Mikel scored the second goal in the 41st minute as he converted the goal from a corner kick played by Victor Moses. 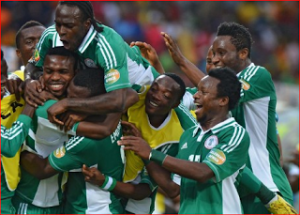 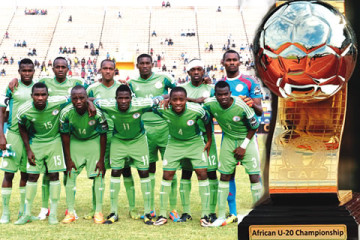 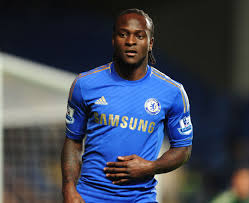 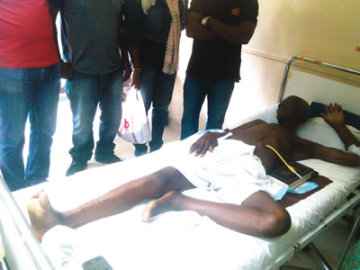