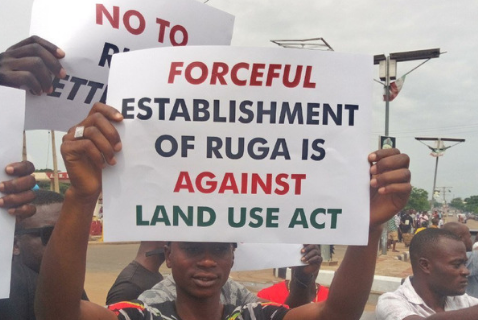 Press release by the Yorùbá Summit Group on the 30-day ultimatum given by the Coalition of Northern Groups.

1, Incontinent Northern coalition of abrasive elements, impervious to Reasoning and a recurring confirmation of Nigeria as a mere geographical expression that is better done away with, Now!

When a so called Coalition of Northern Groups, makes a threat to the lives of all Southerners, giving 30 days to southern Nigerian leaders and governors to accept RUGA or face the consequences and the president of Nigeria keeps mute, neither arresting nor reprimanding these fomenters of violence and possibly a war, we the Yoruba Summit Group, may be right in querying Mr president’s involvement as either consciously complicit to their incitement and Instigation, or passive, in which his silence is still transitionally an Injustice and an odious debt!

A veritable Yoruba idiom has it that — When a Water Skater is dancing on top of water, there is a drummer underneath the river!

2, The questions to ask the Coalition of Northern Groups and by extension, the federal government, are these:
a, If RUGA was to be truly voluntary, as such was the way of an explanation given by the federal government, with twelve northern states that had already signed up for it, why would a group from the north thereafter threaten the states from the south and southern leaders too, that they either accept RUGA or face the consequences…!??

b, Why also would the federal government hastily cancel RUGA purportedly with twelve states from the north already primed and ready for it?

3, It is increasingly looking like the answer to these questions lie on the basis of RUGA being only meant for a clandestine and surreptitious takeover of the lands in the Southern zones and given to the Fulani herdsmen.

a, It is therefore safe in our estimates to infer that RUGA was never meant for the Northern States; it was absolutely designed for the South!

b, And we the Yoruba, reject this plot in its Entirety!

4, Why RUGA in the first place?

a, RUGA is meant to be an acronym for Rural Grazing Area, perhaps a compound word for a SET of RANCHES, SCHOOLS, VET CLINICS, FORAGE FARMS, HOSPITALS, POLICE POSTS, ROADS, ABATTOIR, MARKET, And BUS PARKS in a single SETTLEMENT.

b, Whereas, RUGA is an HAUSA word that means SPEEDILY or FAST while in fufulde, RUGA means SETTLEMENT.

c, It can thus be concluded that the true intent of RUGA in the light of the unchallenged threat of the so-called northern coalition group is to speedily set up settlements for the fulani in the southern parts of Nigeria to usurp their land.

d, A Bell Curve effect, now presents in a low analytical faculty, which will always manifest no matter the possibility of an initial good intention….And, going by the notoriety that the Fulani herdsmen have accrued to themselves, the World Terrorist Index, have rightly named them the 4th most dangerous terrorist group in the world. The Yoruba therefore are simply wise in saying an emphatic No, to RUGA, anywhere in our land!

5, With all that the Yoruba have had to endure for the last few years, the burning of our villages, the killing of our famers, the raping of our women, the added burden of RUGA would mean an increase in the state of insecurity that exist presently.
To therefore seek through RUGA for an increase in the population of same marauding Fulani herdsmen that have been responsible for the killing of innocent Nigerians in our midst, we the Yoruba can no more accept a forced co-habition with them.
A further increase in settlements for the Fulani, will create an undeserved advantage in the way they carry arms over their poor victims.

6, The indigenous Yoruba have being on their land that anthropology has established at no less than 14,000 unbroken years, a proud heritage, that a RUGA-made settlement would truly unsettle.
Ours is a race that hold on so dearly to our heritage!
It is the irrepressible, irreducible belief of our people that given another another hundred years, the indigenous people of the Yoruba will become an absolute minority in their Homeland… And that will be Totally Unacceptable — a position that we The Yoruba are ready to defend with our very last Blood!

7, Advice to The Federal Government.

a, There are over 3 million Nigerians in IDP camps, mostly in the North.
The federal government is hereby advised to work towards resetting the displaced persons on their own land, including those the itinerant Fulani herdsmen have driven from their own native land. That is the right thing to do, than to seek to increase the number of displaced persons through RUGA!

b, There are heart wrenching reports of grossly inhuman conditions in our IDP camps, the Federal Government should involve itself and be occupied with providing succor for the innocent Nigerians with our sparse resources than to embark upon such a venture in billions of dollars on a RUGARIAN experiment that can only lead to an unprecedented chaos.

c, It has also come to the notice of the Yoruba Summit Group that some multilateral agencies are to be involved in the defunct or suspended RUGA exercise.
The Yoruba Summit Group would like to advice the touted Multilateral Agencies like FAO and IFAD, that the federal government is seemingly involved with in the process of seeking funding and technical assistance from, that these UN agencies should not touch RUGA as it is presently constituted, suspended or not!
It is a well know international rule that where there is land in dispute, multilateral agencies are not to get themselves involved.

d, And, in the matter of the states and RUGA, like we have seen in the case of Benue State, where the federal government has tried to forcefully acquire land for RUGA, in direct contravention of the constitution and other laws and regulations binding ownership of the land, vested upon the governors of the federating states only, it is thusly clear, that any land not willfully submitted to RUGA by the Nigerian federating states contravenes the International regulations binding and guiding all Multilateral Agencies!

a, In Yorubaland in the past, we had our Western Livestock companies in places like Ekiti, Ondo and Ogun states… We had the Iwo Road Dairy farm of 550 acres, we had the Agege dairy farm in Lagos state. All of these were run by our Indigenous Yoruba people. If the Federal government is sincere, it should be looking at the resuscitation of such homegrown ventures by providing grants and or loans…!

b, In Yorubaland, we can develop our own cattle ranches without recourse to the Fulani herdsmen, rather than to be forced to accept a lebensraun situation in which the itinerant cattle Fulani seemingly believe they are superior to indigenous peoples of the Nigerian space in raising cattle, an unbecoming, and insulting insinuation.

c, Do they pay taxes?
Do they pay VAT?
Do they contribute to development of their host communities?
The only thing they are known for is Terror!
How much does the cattle business contribute to the GDP of the nation and how much revenue does government generate from it to warrant the fixation of the federal government in the pandering of, Prevaricating to, and the unusual protection of these Fulani herdsmen, even to the extent of allowing them the undue liberty of giving the peoples of southern Nigeria a 30-day ultimatum!??

d, ILORIN HISTORY HAS TAUGHT US TO
SAY NO TO FULANI RUGA!

Give them a foot, they take a yard.
Give them a yard, they take a mile!
The Yoruba will not allow the liquidation of our cities and towns just the way Lokoja and Ilorin have through such Subterfuge become appropriated!

9, A happenstance or a mere coincidence, either way a pattern has begun to show.

a, It is now increasingly looking like Buhari’s Final Solution to herdsmen-farmers clashes as the president calls it, rather than by the reality of a deliberate terrorist attack, is reminding us at the Yoruba Summit Group, of Hitler’s Final Solution, as the president’s performance in dealing with the Fulani herdsmen’s acts of terror and threats to all, is becoming an evidenciary value in the power relations existing between himself as a Fulani and to the rest of us.

b, We the Yoruba have also declared lately that herdsmen, their kidnappers, highway robbers by whatever name they call themselves, foreign or local are all criminals and our laws cover their deliberate acts!
The president must enforce the law.
Must we remind him that he is Fulani?
We will continue to warn him not to be guilty by association…If the president is an officer and a gentleman, here is the time to prove it, or go down in history as a sectional leader only with all the implications embedded into it!

10, ADVICE TO ALL SOUTHERNERS AS THE FOCUS OF THEIR THREAT, AND AN ADVICE TO THE YORUBA IN PARTICULAR!

a, Now that it is again seemingly clear that all the Ruga program sought to do was the covering up of the “Ruga Identity”. It was about hiding the “Ruga Supremacy” script with the attendant factor of the confusion that arose when the plan became uncovered and was greeted with resistance.
It was only then that a hasty coalition of Northern Groups resorted to an inglorious “Ruga Ultimatum”!
We in the south must not therfore, allow them to have the “Ruga Legacy”!

b, The right to self-defence has now become the only right thing to do!
The most powerful force ever known on Earth is a people’s human aspiration — a force for either positive construction or negative destruction.

c, As it is, the peoples of Southern Nigeria are faced with no other option than to embark upon self-preservation in the face of a threat from a people’s aspiration in the most destructive way ever to impinge upon our collective survival, together.

d, If we are to be so insulted by those with such a negative destructive aspiration, it becomes also instructive to ask the federal government to cede to us Southerners, hectares of land for our Piggeries in the North and villages to which Southerners must be allowed in the North to set up our local goat farming….!

e, We therefore demand for, PIGA, Piggery Initiative and Growth Arena.
Such a BEACON of hope, economic growth that won’t HARM anyone.

f, Failure to accede to our requests, let RUGA be dead and buried, not only suspended! 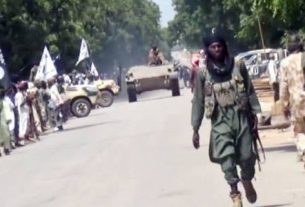 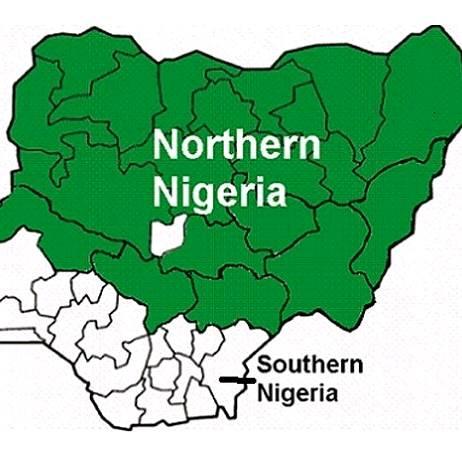 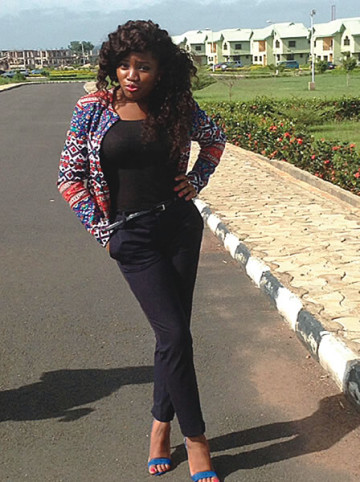